Since MSNBC started its Lean Forward campaign, I’ve gotten a kick out of the network’s show hosts video shots where they earnestly expound the latest liberal tropes.  It’s a bit surprising because I had thought MSNBC wanted to keep pretending it was an actual news network instead of merely a televised version of Media Matters or Think Progress.  Of course I for one am glad the mask is finally off. Be free MSNBC!  Be who you are!  It really bugs me for liberal TV news channels to pretend to be objective while at the same time presenting “The News” from a liberal slant.  At least MSNBC is out of the closet.   If you’ve not seen them (and I realize that I’m among only a couple of hundred regular views of the network) they can be a real hoot.  Like this one from Lawrence O’Donnell:

That never struck me as plausible that the GI Bill was derided as some sort of welfare program.  Sure enough, Politifact rated it as mostly false.  No surprise there.  But this is MSNBC.  It’s more about a mood than mere factual accuracy.

Most of the hosts have done a series of Lean Forward ads.  Some try to push unconscious buttons like Rachel Maddow’s evocation of Socialist realism with her Hoover Dam ads:

My son came into my office one day while I was watching this promo and asked, “Who’s that fella?”

But that Hoover dam ad vaguely reminds me of something… 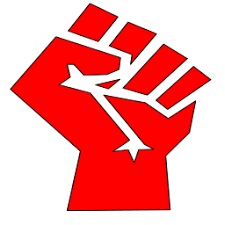 And of course, there is the always incoherent Al Sharpton.

He’s trying to tell a parable of how everything is really Bush’s fault.  A line that never gets old with the left.  But the execution makes him sound as incoherent as Grandpa Simpson.

The credit for these mish mash of promos can go to Spike Lee, who produced these Lean Forward spots for MSNBC, although the quality makes me suspicious that Mookie showed up to direct instead.

But the real disappointment is how MSNBC takes and warps their few real journalists into just one more Ed Schultz.  And really, did we need more than one?

Andrea Mitchell has been a real journalist.  While working at NBC she has been the Chief Congressional correspondent, Chief White House correspondent, and Chief Foreign Affairs correspondent. With such a resume, it would make sense that she would back away from doing a Lean Forward promo about how the Republicans stole the GI Bill with a Blueberry pie on top of the Hoover dam.

And in fact her first Lean Forward promo touted her foreign policy credentials:

But MSNBC must have kept leaning on her, until she agreed to do this:

Obviously she is referring to Voter ID laws; a thorn in the side of Democrats who feel voting is so fundamental even illegal aliens and the dead should have it.  Unlike Al Sharpton, she can’t bring herself to actually name the villains in this piece, Republicans trying to maintain the integrity of the process.  Still, it’s as far as she has officially gone to begin the slide over to pure opinion journalism.

Must MSNBC contaminate every host?  Careful Andrea, or after decades of professionalism, you’ll find yourself dragged down to the level of Al Sharpton arguing about Republicans eating your blueberry pie.  Once you go down that road, you can’t come back to being a legitimate journalist again.