Homeland is not the only show that’s been thrown for a loop (still!) by the 2016 elections.  I’ve mentioned a few others previously, and this television season, even Mayor Oliver Queen from Arrow is being impeached.  It’s an epidemic I tell ya…

But the King and Queen of all Trump-tastrophes is Showtime’s Homeland.  Its two season #resist has finally, mercifully, ended.  It’s a sad detour for what had been one of the better quality shows on television, or at least premium cable.  For those not familiar with the show, it’s a national security thriller starring Claire Danes as Carrie Mathison, a crack CIA analyst who is (was) secretly bipolar.  Her mentor Saul Berenson (Mandy Patinkin) treats her like a daughter, and constantly puts his career at risk for Carrie’s crazy analytical hunches, which often enough, turn out to be dead right.  After several seasons of fighting Islamic terror, Iranian terror, finally, show goes after the greatest threat of all, Carrie takes on the Trumpian patriarchy.

To summarize last year’s season 6 quickly (spoilers!), Carrie is out of the CIA and is working for an NGO in New York.  This takes place after the US presidential election in which the woman candidate, Elizabeth Keane, defeats whoever the old white male was.  Keane is all for downsizing the US presence in the Middle East; a position she is guided to by Carrie, who is secretly an advisor to the transition team.  But the evil neocon patriarchy isn’t done yet, and launches a false flag terrorist bombing in NYC, with one of Carrie’s Muslim clients as the patsy.

This was around episode 5 or 6 when the producer’s world collapsed, Donald Trump won the election.

“At one point each season, we are writing scripts contemporaneously with real events happening. That occurred this season around episode five or six when the election happened, and we realized that we were gonna have to change the narrative a little bit. The first thing we wanted to address was this idea that our election was influenced by another force; by fake news, which struck us as a very right topic to construct a story around. Sock puppets were actually already part of the story, then we introduced O’Keefe in episode five instead of eight, which we’d planned originally.”

So enter an Alex Jones like figure, Brett O’Keefe, who is involved with the sinister deep state forces trying to keep a sister down, and engages in a social media war against President-elect Keane, using fake twitter accounts and doctored video.

It’s pretty clear at this point where the producers originally intended to go and where they made changes.  The deep state and its social media fake news allies go after Keane, and eventually decide to launch an assassination attempt, which is thwarted, and Keane takes the oath of office and becomes President.  At this point, Keane morphs into Donald Trump, reeking with authoritarian paranoia, begins mass arrests of national security, defense, and intelligence officials (including Saul).  Carrie is shut out from the White House and democracy dies in darkness…

My wife and I couldn’t believe what an abortion season 6 had turned into. The Homeland writers’ room actually took their post-election breakdown and wrecked their TV show with it.

To me, it was so bad that I thought the only logical recourse was to have Carrie step out of the shower with the entire season having been just a dream, and then back overseas for some international intrigue.  No such luck.  Instead we got season 7, the pussyhat season.  I knew it was going to be bad when the opening credits showed rebel flag waving rednecks and Klansmen in full KKK regalia.  Did that have anything to do with season 7?  Nope, but the show did shine a spotlight on its greatest fear, flyover country rural whites, armed and angry.  Were rural whites the big bad for the season?  Close but no cigar, and it’s not even a spoiler to tell you who the real big bad of the season is:

If you couldn’t have figured that out before the season even started, you haven’t been paying attention.

In the rush to un-Trump President Keane, the show decides to put all the previous deep state blame on one General, who is sentenced to prison and promptly assassinated.  Whoa, what luck!  So Keane releases the 200 plus conspirators and maybe conspirators, including Saul, and makes him National Security Advisor.  So the deep state enemies are now the good guys, and the bad President is now good again.

So after a season fighting poor whites, the Russians, and a Congressional plot to 25th Amendment President Keane out of office, Keane ends up resigning anyway because half the country already thinks she’s a liar.  I suppose this was to be the writer’s suggestion for Trump: Resign now.

Oh and Carrie is crazy again.

I’ve no doubt Showtime, the producers, writers and actors are all very smug about how they’ve wrecked their show, but it seems a sad end even though the show is getting another season.  Alas poor Homeland, Hollywood wrecked you…

AMC’s Fear The Walking Dead returns on Sunday for its fourth season, and I’m of two minds about it.  First, it provides continuous coverage of delicious Zombie action after The Walking Dead wraps up its season.  Bullets, hatchets, machetes, it uses them all to good effect against the “infected” hordes. 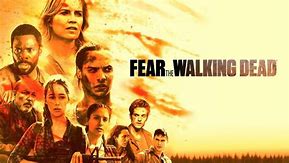 But secondly, this show sucks, and it really had no reason to considering how good The Walking Dead was.  Of course I have to be responsible for my own expectations.  I had high hopes, and an idea of who the characters should be and what they should be doing.  And sure, one’s show-in-your-mind is always better than an actual show, but good lord, did they work hard to make sure every single character was unlikable and every situation ridiculous.

Of course the handwriting was on the wall all the way back in season one.  The show decided to take a slow burn to reveal what was actually going on, so in episode 3 the families think they are on the run from some sort of massive civil disorder, perhaps inflamed by videos showing cops “killing” rioters who are actually undead.  By the very next episode, they are back in their neighborhood being protected by the National Guard, and somehow, and some way, everyone seems to understand that the dead are coming back to life to chow down on the living.

So when did that realization happen?

I thought the entire point of doing a sequel going back to the beginning of the Apocalypse and show how it started, and what happened.  None of that is really done.  The entire realization of omigod the dead are really coming back to life this isn’t a joke what is happening is this the work of god or the devil and are there souls trapped and why oh why….  None of that happens.

And the military…this may just be a pet peeve of mine, but it’s clear that WD creators Greg Nicotero, Robert Kirkman, and Dave Erikson hate the military.  This may be a common attitude among Hollywood creators but it doesn’t usually leech out into the product.  In this case, the military and military personnel are constantly presented in a bad light.

In short, with unlikable characters and uninteresting situations, Fear is a bad show and after coasting on TWD for years, is finally realizing the ratings danger it’s in by providing a bit of stunt casting.  Lennie James, aka “Morgan” will be doing a stint on FTWD.  Since Morgan’s story has (through flashbacks) been fairly well told since the zombie virus, and doesn’t include a trip to Texas, that means they are either going to ignore the actual TWD history and just do their own thing, or have Morgan in the “present” and time jump the show a few years.

Oh time jumps; the gimmick that has more than worn out its welcome in one hour episodic drama.  With all of my complaints, I’m still planning on watching the show.  True, I may be hate watching, but it still counts in the ratings I suppose.  However, with the possibility that there could be further Walking Dead spinoffs in the future, my heart leaps and hope springs eternal.  Maybe this time they will get it right…