After the wrapping up of the CW’s annual crossover, Elseworlds special among its CW DC “Arrowverse,” we’ve seen the last of new CW DC shows for the calendar year.  Arrow, Legends of Tomorrow, Supergirl, and The Flash are taking a much needed Christmas break after saving the nature of reality. But Supergirl’s never ending battle against hate, fear, and Trumpery is just getting started.

Of all of the CW’s DC “Arrowverse” shows, Supergirl is the most woke super hero show currently on the air.  And when I say woke, I mean I honestly don’t think the writers understand how ridiculous they are.  Supergirl season four, for all of its Red Son like hints, spent the first few episodes focusing on the 2018 midterm elections.  Not directly of course, but in the never ending battle between good people against “hate.” 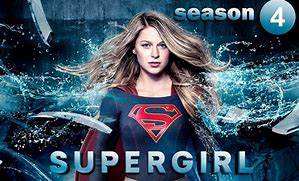 Apparently on Earth 38, the 2016 electoral battle between a woman breaking the glass ceiling and “that man” was decided in the woman’s favor.  I mean, this is science fiction after all. The previous season revealed that the President of the United States, Olivia Marsdin, was secretly an alien.  Living under a fake (yet apparently pretty convincing) identity, Marsdin ran for President, won, and spent her political capital to get the Alien Amnesty Act passed ( a bit self-serving don’t you think?).  So now alien refugees can come out of the shadows and have a legal path to citizenship.  The federal agency responsible for dealing with aliens, the DEO, Department of Extra-Normal Operations, was in on the secret.

So to review, when season 4 opens, a deep state federal agency has engaged in a conspiracy to cover up that the President of the United States is not who she says she is, but is an alien living under an assumed identity and fake birth certificate, in violation of the constitution (not a natural born citizen).  These are the “good guys.”

The season premiere had a “hate group” that successfully reveals to the public on live television that the President is an alien.  This of course creates a political and social crisis, which the President tries to diffuse by resigning. This gives the Supergirl writers a chance to pull out every trope in the book about hate and fear. If you have “fear” because the Presidency was occupied by a lying alien, you’re a bigot. And the group that revealed that the President was an alien?  These are the “bad guys.”

Episode 3 “Man of Steel” was a look back at the origin of the season’s big bad, Agent Liberty. The episode couldn’t have been more unintentionally hilarious if they had asked an NPR reporter to describe the life of a West Virginia coal miner.  Agent Liberty’s family owns a “steel factory,” and is put out of business by the competition both by the superior alien steel, but also by the superior alien workers.  Mere humans can’t compete.  Two previous alien attacks directly impact Agent Liberty’s family, and as he turns more radical, he loses his job at the University.

Quicker than you can grab a tiki torch Agent Liberty is a radicalized terrorist.  Meanwhile, what is the lesson that the Supergirl team draws from these malcontents who have issues with aliens colonizing their world?

They are simply afraid. It’s all about fear.

The comparison to what passes for political analysis at an MSNBC roundtable can’t be overstated. And I’ve no doubt the writers think they are oh so clever.

Luckily for Supergirl, she has the assistance of new character Nia Nal.  Played by actual transgender activist oops I mean actor Nicole Maines, the character is revealed to be not only trans, but also an alien.  Think about that; a trans-alien.  This opens up a whole new branch of intersectionality!

So when the show returns in January, how will Supergirl deal with these alt-human nationalists (or is it human supremacists?  I can never keep track…).  I’m unclear, but I’m pretty sure it ends with the show’s privileged white alien giving a speech on fear and ignorance.

I admit I’m not much of an affecianto of Breitbart; however they had a story that caught my eye this week

“The House GOP leadership is responsible for blocking a pro-American immigration reform package which was backed by President Donald Trump, a top House chairman said Tuesday.

The GOP leadership let the House immigration reform die in June by allowing a critical bloc of GOP legislators to split their votes between two rival reform bills, said Rep. Bob Goodlatte, the retiring chairman of the House committee on the judiciary.”

This more or less confirms what I’ve suspected the past two years: that the GOP House leadership was every bit in opposition to the Trump Presidency as any roundtable on MSNBC, and has been in opposition to him and his issues, even if it cost the Republicans the House majority.

The Paul Ryan strategy was summarized at the time fairly well here:

Paul Ryan's cautious-business-first amnesty got 121 GOP votes but blocked by 112 GOP no votes. But Goodlatte's reform bill got 193 GOP yes votes, 41 GOP no votes. It seems the House GOP's immigration position has shifted from pro-employer to pro-employee. https://t.co/wq0BgKLMTH

Well, it worked.  Ryan, as Speaker of the House, spent two years sabotaging not only any Trump friendly bills, such as the Goodlatte bill, but, with the exception of the tax cuts, all other GOP priorities.  Ryan’s legacy amounts to a bunch of massive spending bills and a tax bill that won’t survive a Democrat majority in the House and Senate.  But at least his donors will be happy.

Of course, this isn’t the first time I’ve noticed Ryan’s perfidy. The multiple versions of the House “repeal and replace” health care plans seemed like they were designed to fail, and they certainly did, giving Trump the first of many failures in dealing with Congress.

With control of all three branches of government, the GOP accomplished virtually nothing and gave not a single reason to motivate GOP voters.  If the Democrats had not gone Kavanaugh crazy, I wonder what the damage to the GOP House would have been.  Of course, Goodlatte could have said something about this a lot earlier, instead of waiting until he’s out the door, but that, like any Republican chances for immigration reform, is water under the bridge.

So two years wasted and no chance in Trump’s first term to accomplish anything on immigration or again, anything else now.  If any party deserved to lose, it’s the House Republicans.