Back in the days of my youth, there used to be a fairly popular saying among the Archie Bunker class, “America, Love it or Leave it!”  It was generally directed against anti-war types, hippies, and meatheads of various sorts, including recent immigrants who decided to make it a personal mission to bitch about every aspect of their new home.  Clearly there is no actual place to exile native born American citizens, although I’ve long suggested a plan to offer to buy out their American residency and send them on their way.  Even at a price of a couple of hundred thousand dollars per miscreant, it would be money well spent to reduce the general annoyance level of the country.

These fond remembrances came back to me after President Trump’s recent tweet to “The Squad,” The Democratic House’s Scooby gang of meatheads, Reps. Ocasio-Cortez, Omar, Pressley, and Tlaib. 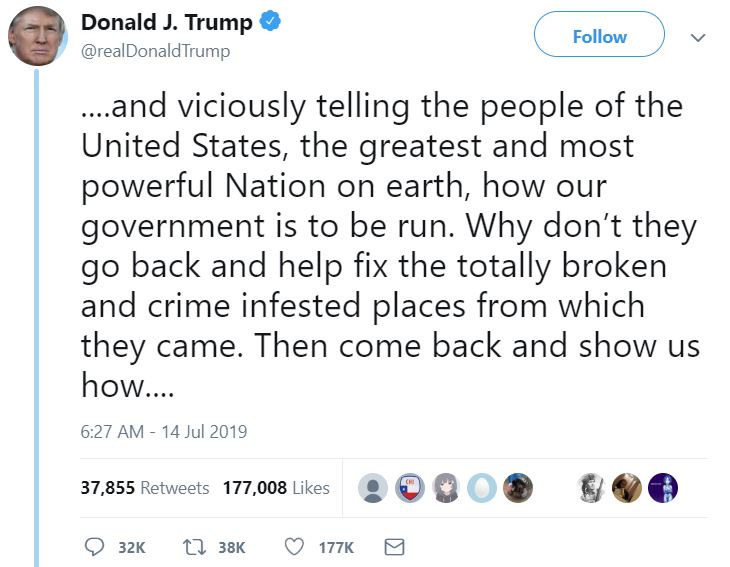 I had written about Ilhan Omar before since I regard her as the most dangerous one of the quartet.  Pressley, I hadn’t even known was part of this little Legion of Doom until Trump started tweeting about the Squad.  AOC on the other hand, is, on balance a net plus for the GOP.  Her goofy statements provide lots of clicks on right leaning websites and her ability to push the entire Democratic Party to the left, tweet by tweet, helps make the entire party look like crazy town.  Of course, that’s a double edged sword.  I seem to recall someone else who rode their twitter account all the way to the White House…

Since there is a media consensus that Trump’s tweets are racist, there is no point in trying to contradict that.  They decide, you shut up and take it.  Of course, to me, the issue wasn’t about race at all, merely the ignorance of telling native born American citizens to go back to their country.  If he had just directed it Omar, it would have been an accurate tweet.  And frankly, I wish Omar would go back to her country.

To the left/Democrats/mainstream media however, any insult directed to a “person of color” is racist simply based on the color of the person the insult is directed to, not the actual content of the insult.  A racial insult can now be race free!

By that ridiculous standard, that makes Trump’s tweet against Pressley and Omar “racist” since after all, they’re Black.  But with Tlaib and Ocasio-Cortez, it’s a bit more complicated.  Rashida Tlaib is Palestinian, which according to the US Census makes her White. Ocasio-Cortez is Puerto Rican, and claims mixed ancestry, but who’s to know?  It’s unlikely she’ll be as dumb as Elizabeth Warren and submit to a DNA test.  Just going by the eyeball test though, if her last name were Italian, French, or Greek we wouldn’t even be having this conversation.  There is no paper bag test applied to people claiming to be “people of color.”  If it were, you would need to be at least this brown to ride this ride: 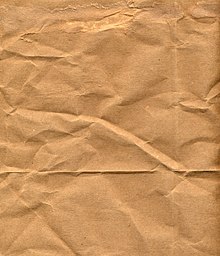 Instead, we have this term, People of Color, who’s purpose seems to be to separate everyone in the world from a couple of hundred million White people.  In fact, quite a few Caucasians seem to qualify as people of color not by virtue of race or skin tone, but by some sort of amorphous layer of oppression. You can even be a European from Spain or Portugal, where you are considered white, but once in the US, you would magically become, “a person of color.”

In popularizing that term, someone, somewhere, thought it would be useful to have a term that separated the rest of humanity from a certain type of white people.  There are human beings (the People of Color) and then there are some strange oppressive Orc like subspecies; white people.  The term and its use have no cultural or phenotypical purpose; the purpose is political; to demonize a small segment of the human race as the Kulaks of planet Earth.

2 thoughts on “Get Out Of My Country: POC Edition”