When Netflix started to do original programming and released the entire season at once, I thought, “What an original idea!  But how are you going to keep up the excitement of a show if you release it one shot and you’re done?”  Although it does limit the time frame of “buzz” it turned out to be a successful business model.  People can move at their own pace, which could be anywhere from watching the show on the traditional once a week schedule to all at once, bleary eyes and lost weekend included.

But I was surprised when the Syfy Channel decided to do the same thing for returning show 12 Monkeys. Airing season three over three nights, the network is trying something different.

It’s an odd choice for a cable network.  They have airtime to fill, so why blow an expensive season of an original show over a weekend?  And before you say it, no; this is not like showing successive Twilight Zone episodes over New Years. That’s simply to fill airtime during a period when viewing will be exceptionally low.  But dropping an original show is a streaming service move, which Syfy definitely is not.  So what’s up?

Well after watching Friday night’s initial 4 episode blast, I have to say I agree with both the TV Guide and TV Line reviews: This show was meant to be watched in a binge format.  Having watched Season’s 1 & 2 in the traditional once a week format, you often forget where you left off.  After all, this show is complicated.  Each episode takes place in more than one time period, sometimes with the same characters at different points in their lives. Sometimes, death comes first, as for the character of Dr. Cassandra Railly (Amanda Schull), who’s skeleton was discovered in the very first episode way back in season one.  Sometimes it’s in the middle, like for former asylum patient Jennifer Goines (Emily Hampshire), who’s death was shown last season.  Not to worry though Jennifer fans, her younger self is featured pretty prominently this season.

And a good thing too.  The character steals every single scene she’s in, adding humor in otherwise grim situations without detracting from the grimness of the situations because…well she’s crazy.  So far my favorite episode of the season is episode 2, which is a Jennifer-centric episode.  Jennifer trapped in the past tries to figure out ways to catch the attention of the future so she can be rescued.  It’s entertaining and still moves the plot along.  So more Jennifer. 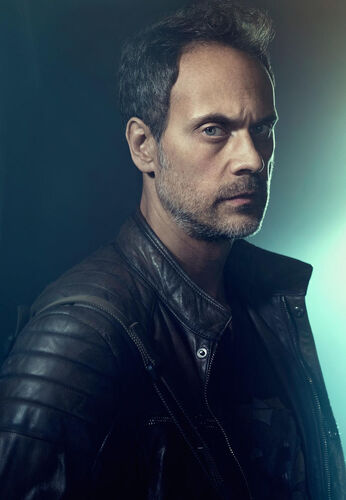 One character that I like, but has been degraded somewhat is Deacon (Todd Stashwick), the formerly ruthless leader of a violent gang in the future.  In earlier seasons, Deacon made a great foil as a villain more interested in looting the time travel facility than saving the human race. Unfortunately, the violent, evil, but witty bad guy has been tamed somewhat by his attraction to Dr. Railly. It’s not the first time on TV and movies an alpha male bad guy has been tamed by love, but it isn’t very realistic.  Hopefully Deacon gets his evil mojo back.

So maybe binge watching cable isn’t a bad idea after all.  Particularly if it encourages the production of more complicated dramas that may be digested better in very large bites, rather than doled out bit by bit on a weekly basis.